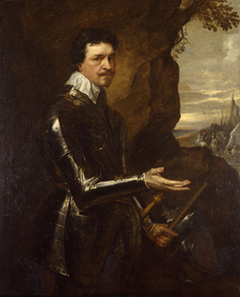 Earl of Strafford by Van Dyck

“an immense history and wealth of heritage”

The most famous member of this family, Thomas Wentworth, 1st  Earl of Strafford (d.1641), was for a time chief minister of England. Although not guilty of any crime, he was executed in the Tower of London. His son, the 2nd Earl, had no children and the estates were inherited by a nephew, Thomas Watson Wentworth (d.1723). Generally called “His Honour Wentworth”, he commissioned Henry Flitcroft to design the extravagant re-modelling and extension of Wentworth Woodhouse, but died before seeing it realised. Thomas’ son, also named Thomas (d.1750), continued the building program and brought into being the longest frontage of a private house in the country, all 608 feet of it!

Thomas was created Marquis of Rockingham in 1746. In 1747 he built a folly, Hoober Stand, to celebrate the English victory at Culloden. The house was subsequently completed under the charge of the 2nd Marquis (d.1782), a man who was twice Prime Minister under King George III. The Rockingham title died out as he had no children and a nephew, the 4th Earl Fitzwilliam, inherited the estates.

To honour his generous uncle, the Earl had John Carr of York design and build the Rockingham Monument in 1783. As well as additions to the Woodhouse, he added Keppel’s Column to the parkland landscape and the grand stables 1766-1789. In 1791 he obtained the services of Humphrey Repton to re-design the park and gardens. 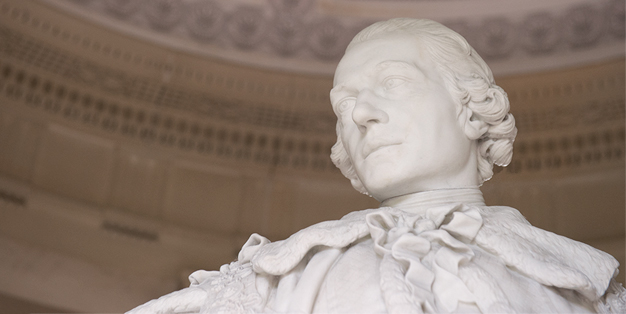 Successive Earls held title until the death of the 8th Earl in a plane crash in 1948. As he had no son, the title went to his father’s cousin, Eric and on his death in 1953, Tom, great grandson of the 5th holder of the title became the 10th Earl. Without a male heir yet again, the title finally expired and the remainder of the estates passed through Tom’s daughter to her son, Sir Philip Naylor-Leyland, Bt. Outlying parts of the estate were inherited by Lady Juliet Tadgell, daughter of the 8th Earl.

The Earls were great industrialists and family operated coal mines reputedly employed some 2,000 men at their peak. Other interests included glass, pottery, tar, chemicals and cars. With continuous investment in land and buildings, the estates developed into one of the most significant landholdings in the country. However, nationalisation of coal in 1947 and successive death duties reduced the estates during the latter half of the twentieth century from over 20,000 to 15,000 acres today.

Around the time of the death of the 8th Earl, Wentworth Woodhouse was let under a long term full repairing lease to the Local Authority for use as a teacher training college. This use ceased in the mid 1980’s and ultimately the house with the stables and 80 acres of adjoining land were sold. Following two successive private ownerships, the house was acquired in 2017 by a charitable trust, The Wentworth Woodhouse Preservation Trust, who’s object it is to “save the heritage for the benefit of the nation and secure its long-term future”.  The Estate will be working with the Trust to help them achieve their aims.

Menu
We use cookies to ensure that we give you the best experience on our website. If you continue to use this site we will assume that you are happy with it.
Close